I love Rachel and Tim so much! They’re such a fun couple and we became very quick friends after they initially inquired. When they originally booked a while back, they were planning on getting married in 2022 but they opted to get married sooner in Napa at Tim’s dad’s house this summer!

I was SO stoked when they told me they wanted to shoot in Bodega Bay because at the time I had been doing sooo many redwood sessions. We love to mix it up a little, you know? A couple weeks before their session, I was location scouting in Bodega Bay for a couple shoots and it was literally so windy that I couldn’t stand in one spot without the wind pushing me around. I was a little nervous about how the wind was going to cooperate with us but it was perfect! It was hardly windy at all, we had a beautiful sunset and their dog, Winston, had a blast too 🙂

We did a few different outfit changes and oh my gosh, you need to scroll down and look at their lobster outfits!! When they were shopping for their session, they came across a pair of mens shorts with little lobsters on them. Rachel is from Maine so they obviously had to buy them for fun. They kept walking through the store and also stumbled upon a shirt with lobsters for Rachel to match Tim’s shorts. It was so funny and all around so much fun.

After I sent them their gallery, Rachel replied “I know I’m supposed to like the pictures of us more but OMG the pictures of Winston” hahaha. It’s Winston’s world and we’re just living in it. But that’s okay because I mean, look at him – he’s the cutest!

I’m soooo stoked for their wedding next week and to party with them at the after party. It’s going to be SO FUN! 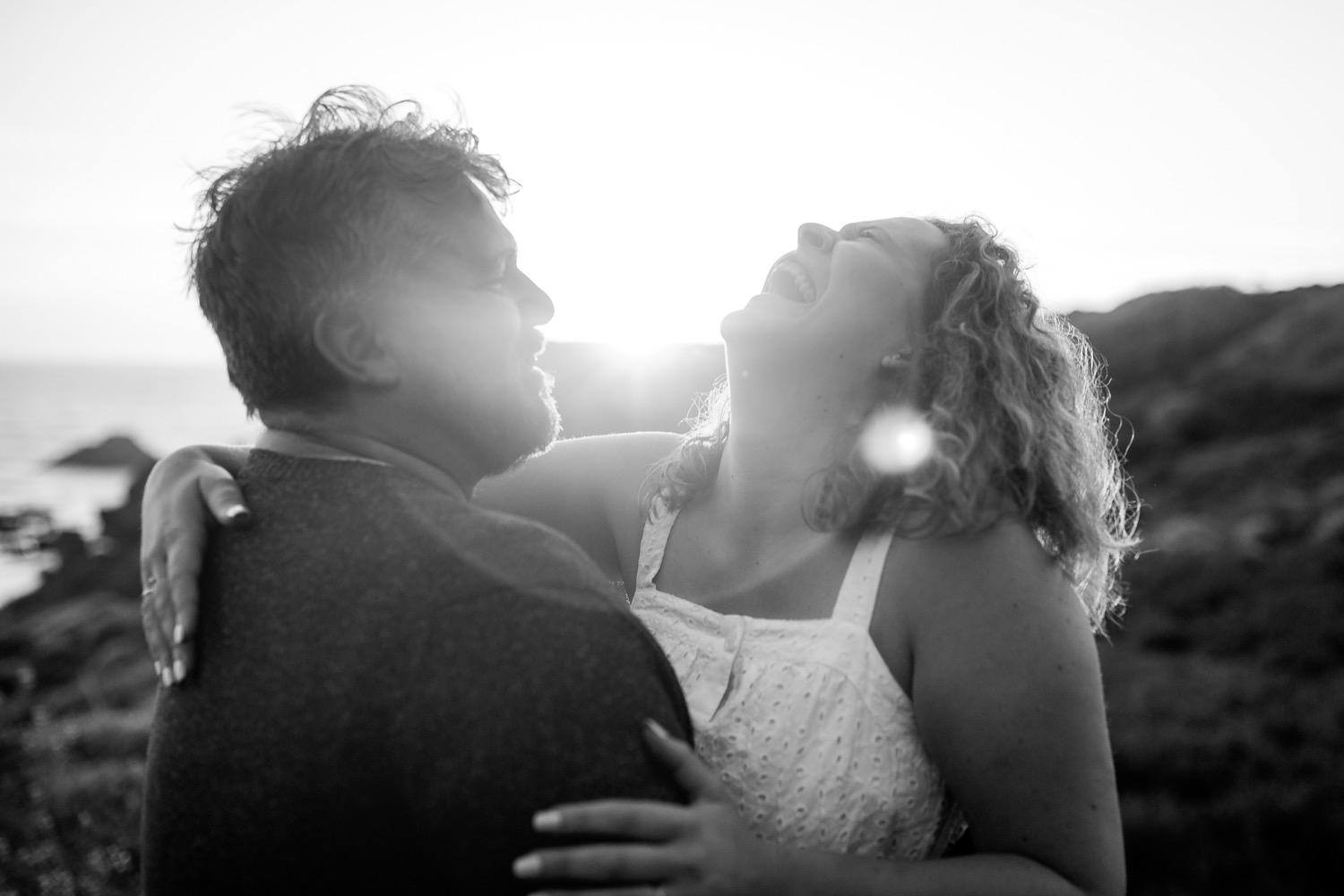