The French Laundry Gardens in Yountville in Napa Valley is one of my favorite spots to capture proposals so I was SO excited when Brent reached out to me last minute to capture his proposal! He booked me and we made a game plan the week before their trip to Napa Valley – so it’s never too late to hire a photographer if you decide at the last minute that you want the moment to be captured! It’s such a special moment, you’ll want a photographer 🙂

You can check out my first proposal at The French Laundry Gardens here! Even though I’ve done a proposal here before, I still wanted to check out the gardens because I figured summer this year would look a lot different than fall last year, you know? I like to send videos (especially if the couple has never been before) explaining where to go and where I’ll be to get the shots! It’s always so much fun making these plans!

The day of the proposal was so beautiful with not a cloud in sight. They roamed the gardens for a few minutes before walking over to THE spot. I wish I had someone to take pictures of me during proposals because while they were wandering the gardens, I was ducking and hiding behind cars waiting for the moment haha.

It was so perfect and Natalie didn’t suspect a thing! After he proposed, I took a few photos of them. They asked if I could take a picture of them high fiving and I obviously had to hear the story as to why. Brent and Natalie met at an event and Brent was wearing a shirt that said “free high fives” and was walking down a row of people giving everyone high fives and somehow skipped Natalie. Natalie tracked him down later to get her high five and the rest is history. I love when relationships start with random funny stories like that. No hate towards dating apps, but it’s just so rare that people meet organically these days! Anyways, Natalie and Brent went off and enjoyed their incredible dinner at The French Laundry and then a few days later they left me the sweetest review:

“My boyfriend (fiancé now!!) planned a surprise engagement in the garden at the French Laundry before our dinner. He knew he wanted a photographer to capture the moment and since we aren’t from the Napa area it was important to him that he found someone who is familiar. Rebecca responded quickly and even drove to the location and sent him video at the same time of day so they could discuss lighting and where he’d need to direct me through the garden. When the day came, she captured our moment perfectly and spent time with us after the proposal getting additional photos. She was professional, personable, helpful, and kind. I didn’t even know she was there taking photos at first. She definitely added to the evening and gave us wonderful memories to look back on. She made the moment extra special and I highly recommend her!!” 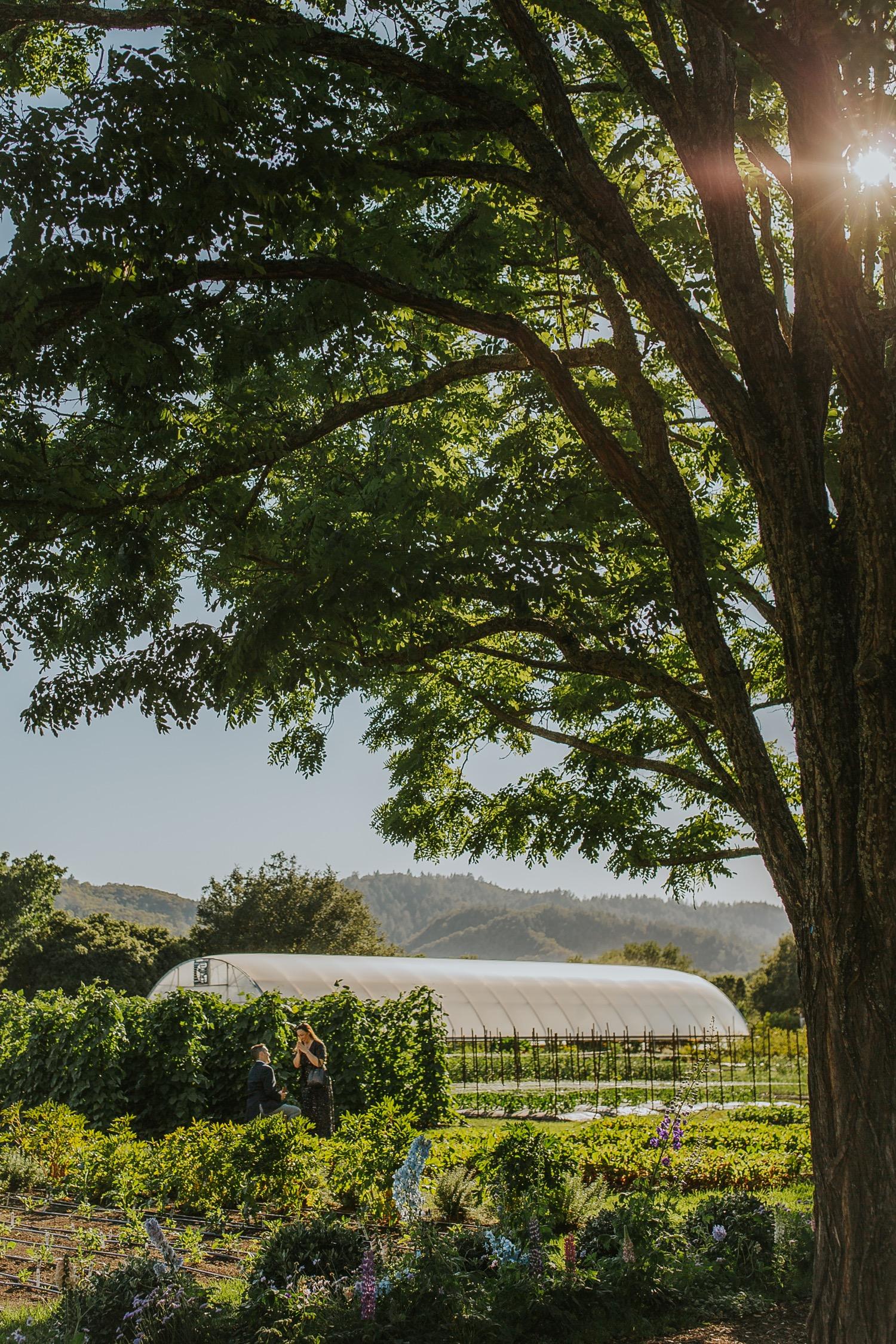